Traditionally prepared desi cow’s A2 ghee also known as Ghrta in Sanskrit, has been recommended in Ayurveda for thousands of years. Ghrta is advised in daily diet of ‘Dinacharya’ and for Ayurvedic treatments such as ‘Panchakarma’ or as ‘Anupana’ (accompaniment) for various medicines.

The quality of ghee depends on the type and quality of milk and method of preparation. The raw material always determines the quality of final product. In this case too, A2 milk from naturally grazing desi cows is far superior as a raw material than commercially available homogenized A1 milk from imported cows. 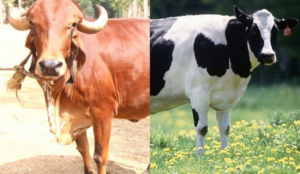 Ghrta is prepared by traditional method as mentioned in Ayurveda while commercial ghee is made by cream separation method at an industry level. Let us understand each of them:

Desi Cow’s A2 milk is boiled and cooled at room temperature. Curd starter is added as culture, mixed thoroughly, and incubated for 8-10 hours at room temperature. Curd formed is manually churned, in clock-wise & anti-clock-wise directions until butter floats on top of the buttermilk. Butter is washed 3-4 times using water to remove residual butter milk and then heated in stainless steel container till it is clarified. Clear liquid “Ghrta” is then decanted in a glass container. Whole milk is used in this process and the bi-product of this process is buttermilk which is usually fed back to the cows. 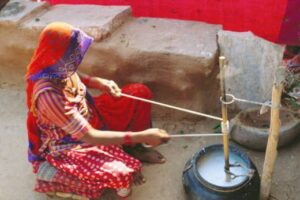 Preparation of “Ghee” by Cream Separation Method for commercial uses:

Commercial ghee starts in dairies where male calves are sent for slaughter, calves are not adequately fed milk and after process of extracting ghee, milk is sold as more expensive skimmed milk!

Cream is separated from whole cow milk (usually A1 type commercially available adulterated milk) and heated in stainless steel pan. Clear molten clarified butter is decanted and stored in glass container. This is the method employed by all companies mass-producing what is branded as “Ghee”. 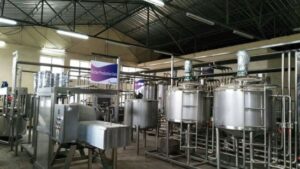 Ghrta is fairly shelf-stable largely because of its low moisture content and anti-oxidant properties. The storing quality of Ghrta is better than that of creamery butter ghee because of the presence of phospholipids.